The laws which govern employment occupy a position of considerable importance in any modern society. This is so because of the tremendous contributions which workers can make to national growth and development, as well as the general well-being of the nation’s citizenry. Labour law has a vital role to play in the mobilization of the work force for national growth. The major players in employment are essentially-the employer and the employee and whenever there is a contractual relationship between these two parties, the binding contract naturally brings about rights and duties which must be complied with. Their respective rights and duties have to be analyzed wholly in contractual terms. In many civilize countries, a case study of Nigerian, it has been observed from historical antecedents, a structured favour to employers over and above the employees liability arose. As much as it is an undisputed fact that employers reserve the right to dismiss alongside other rights, employees also have rights which they can also exercise. But in most circumstances, due to ignorance of many employees, the opportunity to challenge such unlawful acts of the employerselude them. Efforts has been made in this research projects to identify these problems, their causes and also solutions have been suggested in the concluding chapter for a need to reform the whole set up as it affects labor law and practice in Nigeria.

2.3.3      Provision of safe sanitary system and humane conditions of work

2.4        Rights of the employer and employee in a contract of employment

3.2        Remedies provided by the contract to the aggrieved employee

3.3        Remedies provided by the law to the aggrieved employee

INTRODUCTION-MEANING AND SCOPE, FORMATION, HISTORICAL BACKGROUND AND BASIS OF LIABILITY.

1.1     Meaning and Scope of Contract of Employment

It is a contract of service and not for service, what differentiates them is the fact that in a contract of service, a man (employee), places his labor at the disposal of another, resulting in a relationship between the to parties. Where as, a contract for services involve a situation where a man who operates an independent business agrees to do labor or carry out a task or tasks for the person of another. In past times, the contract of employment was known as and called a relationship of ‘’ master and servant”.

Since employment relationship strictly represents subordination of an individual as a worker to an employer, which relationship could be described as a dependent labor relationship, Mr. Y’s house keeper, gate keeper, driver or chauffeur is his employee, that a laundry man or a t-axi driver is an independent contractor5.

Thus, for a contract of employment to be distinguished from a contract for service, the parties involved must avail themselves of the statutory rights under it. That is, it must be shown that a relationship of employer and employee or master and servant exists between them. Thus, there must be terms agreed by both parties for this will be the sole principle which will guide their acts and conducts during the subsistence of the employment. As held by the court in SMITH V. GENERAL MOTOR CAB. CO6, where the claim for the existence of such relationship between the parties fails.

As must have been noted, a contract of service involves two separate legal categories of persons namely – an Employer, master, hirer, or recruiter, and an Employee. WHO IS AN EMPLOYER ?: Although this has no précise meaning in law;

’’An employer is any person who has entered in to contract of employment to employ any other person as a worker her for himself or for the services of any other person and includes the agents, manager, or factor of that first mentioned person and the personal representatives of a deceased employer.”7

An employer can also be defined as; ’’The entrepreneur who engages a worker under a dependent labor relationship and has control over that worker to the extent that such worker could be referred to as an employee’’. Also, an employer is ’’Any person who employs or engages labour or the service of another person under contract of service’’.Theemployer could be an individual, a partner, a corporate body or even a state (the Government).8

WHO IS AN EMPLOYEE?

Any person who has entered in to or works under a contract with an employer whether the contract is for manual labor or clerical work or express or implied or oral or written, and whether it is a contract of service or a contract personally to execute any work or labor but does not include…………… persons exercising administrative, executive, technical or professional functions as public officer or otherwise.”9

To identify an employer or servant then, the essential question is ’’ was his contract a contract of service within the meaning which an ordinary person would give to the word?”. In CASSIDY v. MINISTER OF HEALTH10Bomerell,l.jgave the view that, if the answer is YES, then such a person will be regarded as an employee. In ADEYEMO v. OYO STATE PUBLIC SERVICE COMMISION,11 the plaintiff who was a deputy accountant Generalloyo state public service was held to be a servant or employee. Employee and servant have been used interchangeably by authors also, various Nigerian statutes have defined who a servant is by using words like workers, employee or workman.

1.2 Formation of Contract of Employment

The existence of binding relationship between the employer and the employee arises out of contract, as essential elements for the formation of  a contract of employment or service between an employer and employee upon which their rights and obligations depends are generally same as conditions in ordinary or simple contact. This legal relationship therefore presupposes the voluntary consent of the parties to its creation expressed through the process of hiring within limitation imposed only by the general law of contract or statutory regulation. The terms are often not negotiable by the individual employee except in some cases where remuneration is negotiable, depending on the professional skills required by the employer. As such,  the rights and dutiesof the master and servant are essentially the products of free bargaining  between the parties,  as they have liberty to decide  the terms and conditions of  service.

The terms of the contract of employment can be derived from the individual contract itself, collective agreement and legislations.Besides this, the terms of a contract also depends largely on the intention of the parties, as they are free to agree upon the contents or terms of their employment relationship. The terms of contract relates to those statements, express or implied, by which the employer and the employee intend to guide their employment relationship. The term defines the rights and duties of obligations and liabilities arising from the relationship. As stated above, there are express or implied terms . The express terms include: Hours of work14 travel to work,15wages and control of wages. The Implied obligation of employer include: To pay wages,16To treat employee with due respect; provision of work for the employee; Safety of the employee at work; Provision of references; To indenify the employee.17.

Some implied duties of the employee include: The duty of obedience; 18 Dutyto exercise skills and reasonable care;19  duty to render honest and faithful service; Avoid secret profit and personal gain; competition.Avoid misuse of confidential information.20

The contractual terms may be oral or written, but important contents of a contract ofemployment are as a matter of practice and prudence, made in writing and the terms documented properly.

Munkman21asserts that a recorded history of an employer’s liability started in 1837, when it started by effecting a denial of the workman a remedy for his damage through the application of the Doctrine of Common Employment. This doctrine operated as a defence under Common Law. It depends on the theory that the contract of employment between an employer and an employee contains an implied term that the employee will not hold his employer liable for an injury due to negligence of a fellow employeeengaged in Common employment with him. Thus, a master was only liable to his servant when there was a want of care in selecting his servant or personal negligence or omission to take reasonable precautions to ensure his worker’ safety. The employer was therefore absolved of any vicarious liability for any tort committed by one fellow employee against another.22 This was the principle introduced into the common law by Lord Abinger CB in PRIESTLEY v. FOWLER,23 where he held that:“the mere relation of the master and the servant can never imply an obligation on the part of the master to take more care of the servant than he may reasonably be expected to do of himself”.   By this, Lord Abinger almost excluded the employer totally from any liability to his employee.

(1)   It shall not be a defence to an employee who is used in respect of personal injuries caused by the negligence of a person employed by him, that, that person was, at the time the injuries were caused, in common employment with the person injured.

2)    Any provisions contained in a contract of service or apprenticeship or in an agreement collateral thereto (including a contract or agreement entered into before the commencement of this section) shall be void in so far as it would have the effect of excluding or limiting any liability of the employee in respect of personal injuries caused to the person employed or apprenticed by the negligence of persons in common employment with him.

In NIGERIAN TOBACCO CO. LTD. V. ALLOYSIUS OLUMBA AGUNANNE,27 the Supreme Court opined that the doctrine does not exist to all.

1.5  BASIS OF THE EMPLOYER’S LIABILITY

The employee’s safety at work is generally guaranteed by the imposition of certain duties on the employer, duties either fixed by the contract itself expressly, or implied by and or imposed by statutes as the case may be. The breach of these duties may involve the employer in one form of liability of another.28 But one is baffled at the reason why the employer should be liable to the employee he has employed, as it is the employer who makes an offer of the existence of such employment to the employee and to pay him wages.

As stated above, certain duties are imposed on the employer, as fixed by the contract itself. That is, certain termsexpressly agreed on and fixed by both the employer and the employee as the sole principle which will guide their acts and conducts during the substance of the employment. In a situation where parties were free to go back on their promises without incurring any liability, employment relations would be unbearable and it would be impossible to carry on trade and commerce. In the case of a contract of employment, the employer’s liability to his employee should be breach any term of the contract arises because both –parties genuinely intended and consented their legal relations, to be bound by it.

The general rule is that the employer at common law has the implied duty to take reasonable care of his employee. This duty is concerned with those protection given by the common law, to guarantee the safety of the employee at work or save the employer from damages in case of any injury to the employee in the course of the employment.29

The legal duties and responsibilities of the employer in course of his relationships with the employee can arise in two ways namely; personal or vicarious (Liability).

We provide assistants to university final year students in Polytechnics, Colleges of Education, Universities (OND, HND,BSC, MBA,MSC,PGD....) with their project work. Don't hesitate to contact us if your topic is not here!

EXPOSED: HOW TO SUCCESSFULLY RELOCATE TO CANADA WITHOUT SPENDING A DIME ON ANY AGENT 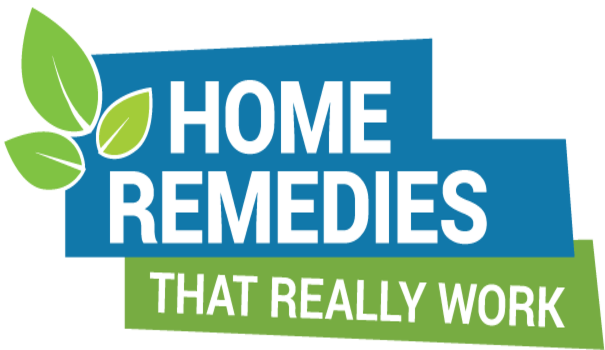